History
Lying along the Indian Ocean, bordering Ethiopia, Somalia, Tanzania, Uganda and South Sudan you’ll find the Republic of Kenya. It is a country with a rich history. Recent archaeological discoveries have shown the presence of ancient early human ancestors in Kenya several million years ago.
Many years later, around the 8th century, the Arabs settled on the east coast of Africa. In 1497 the Portuguese Vasco da Gama reached Kenya. In the years that followed many Portuguese traders followed him to Kenya. These merchants were expelled again in 1720 by the Arabs. 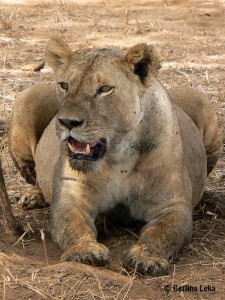 The Germans found their way to Kenya in 1885. They decided to leave in 1890 when the British found there why to the east of Africa. From that moment Kenya turned it into a British colony. The British constructed railroads so that the inlands were more accessible. For the construction of this railway Indians were brought to Kenya.

In 1952 the Kenyans began to turn against the British reign, this is also known as the Mau Mau Uprising. The uprising led to free election in 1957. This election was won by the ‘Kenya African National Union’, led by Jomo Kenyatta. On December 12th, 1963 Kenya became independent and Kenyatta was appointed the first president of Kenya. Kenyatta died in 1978 and was succeeded by Daniel Arap Moi, who remained President of Kenya until 2002.
Mwai Kibaki was appointed to be the third president of Kenya in 2002. In December 2007 he again ran for president. However the election got so out of hand that there have been clashes between the supporters of the presidential candidates till February 2008. Kibaki was yet again appointed as president and could rule until 2013.

In March 2013 new elections were held which were won by Uhuru Kenyatta, son of Kenya’s first president Jomo Kenyatta. A strange coincidence is that Uhuru Kenyatta is suspected of crimes against humanity committed in the aftermath of the 2007 elections. In 2013 he had to appear before the International Criminal Court in The Hague.

Population
Kenya’s population consists mainly of African tribes. The most famous Kenyan tribes, the Samburu and Masai. In total there are about 40 tribes to be found in Kenya. In addition to the African tribes the population also consists of Arabs, Indians, Asians and Europeans. 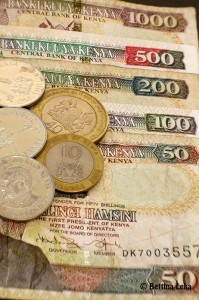 Languages
Kenya has two official languages, English and Swahili. English ofcourse as a result of British reign from 1890 to 1963. Swahili is a language spoken by many people in eastern Africa. The swahili language has been derived from the Arabic language. It also incorporated Persian, Engels, French, Portuguese and German words into it vocabulary.

Weather
The temperature and humidity along the Kenyan coast is often high. At night it cools down a bit. Sleeping with air conditioning or fan is recommend. The more inland you go, the drier the air gets  and the more it cools down at night.