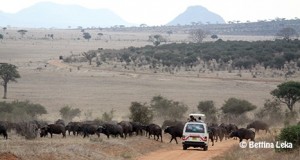 When people think of Kenya the first thing that will pop-up in their minds is safari. Kenya is one of the best places in the world for a safari. When you have planned you trip to Kenya a safari can not be missing from your ‘to-do-list’. The tranquility of the expansive safari parks, the rush you get when you’ve spotted the first animal and the realization that you really are in the middle of nowhere. A safari is a very beautiful and indescribable experience you must have experienced once in your life. You have plenty of choices in terms of parks, large, small, bushy, savanna, rainforest etc. From large parks such as the Masai Mara which are very known by many people to small parks such as Shimba Hills which do well with families with small children.

The tours that are booked through this website are conducted by highly reliable local freelance safari guides. The advantage of these safari guide is that they have a lot of knowledge about the safari parks and wildlife. An added advantage is that you will support small local businesses in stead of big international tour operators.

Below I have described some of the national parks and reserves that Kenya has to offer. If you are interested in a park that is nog listed below, not to worry. Contact me to see what the possibilities are.

Masai Mara
The Masai Mara is the most famous nature reserve in Kenya. It has become so famous due to the annual Great Migration of wildebeest, zebras and Thomson’s gazelles from the Serengeti. The Great Migration is known as one of the greatest natural wonders of Africa and is really worth seeing. The best time to see the migration is from July to October. The reserve is located in southwestern Kenya and is part of the Serengeti plain, which is located in Tanzania. The Masai Mara has a variety of accommodation, from camping to luxury lodges. 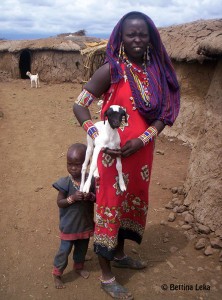 Amboseli National Park
Amboseli National Park is one of the most popular parks in Kenya. It lies on the border of Kenya and Tanzania , near Mount Kilimanjaro. The park is, compared to other parks, fairly flat and can sometimes be very dry and dusty. The park is best known for the large groups of elephants passing through the park. Besides elephants there are also many other types of animals you can spot, such as lions, leopards , impalas and Grant gazelle . During your safari in the park you can also pay a visit to a real Masai village , which is a nice experience. At night you stay in of the many lodges or tented camps that are inspired by the Masai people.

Lake Nakuru National Park
Lake Nakuru is a soda lake in the Great Rift Valley , about 160 km from the capital, Nairobi . The park is not very big , so it is easy to visit in a day or half a day when you are in a hurry. The amount of algae in the water creates the attraction of thousands, sometimes millions of flamingos. Besides the flamingos and other bird species you can also spot giraffes, black and white rhinos, lions, leopards and cheetahs.

Tsavo East National Park
Tsavo East is one of the largest and oldest parks in Kenya and is easily accessible from Mombasa. Till 1948 it formed one large park together with Tsavo West National Park. Since 1948, the parks were separated by the A109, the Mombasa – Nairobi Highway. Tsavo East National Park has a wide variety of animals including the ‘Big Five’ (lion, rhino, buffalo, elephant and leopard). The landscape of Tsavo East can be considered to be a savanna landscape. In addition to the animals you can spot, there are also a number of other attractions to see including Aruba dam, Lugard Falls, Mudanda Rock and Yatta Plateau. 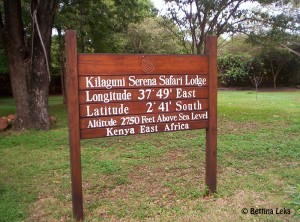 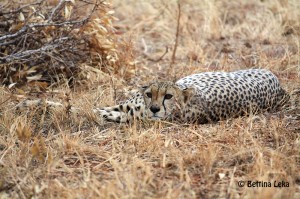 Taita Hills Wildlife Sanctuary
Taita Hills Wildlife Sanctuary is a park that i§s privately owned . The park was established in 1972 by Hilton International and borders to Tsavo West National Park. There are a lot of animals to spot in this park such as elephants, leopards, buffaloes and lions. The park features two luxury hotels, the ‘Sarova Taita hills game lodge’ and ‘Sarova Salt Lick Game Lodge’. The Sarova Salt Lick Game Lodge is a special hotel, it is built on stilts. It is therefore possible for animals to walk underneath your hotel room. Another special attraction this hotels offers are night safaris. You will be taken on a night safari by a specialized ranger to search for the animals. This is a once in a lifetime experience! 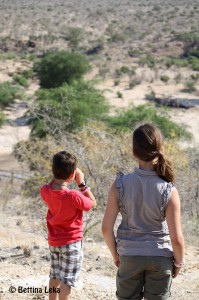 Aberdare National Park
Aberdare National Park is located about 100 km north of Nairobi and borders the Great Rift Valley. Compared with other park Aberdare National Park is a very green park. The park is situated far above sea level and therefore heavy rainfalls a very common in this park. Because of the high amount of rainfall this park has turned into a beautiful type of rainforest which is certainly something worth seeing. When the rainfall gets really heavy it will make the roads muddy and it will be harder to get trough the park. Because of the heavy rainfalls and the muddy roads this is a park not visited by many tourist, so this will be something unique to see. Again no lack of wildlife, but the animals are difficult to spot in the dense vegetation.

Shimba Hills National Reserve
Shimba Hills National Reserve is a small reserve which lies about 30 km from Mombasa. When you are traveling with young children and still want to go on a little safari, this will be the park for you. It will take about a half a day or a day to drive trough this park. Even tough this is a small park there a lots of animals to see including elephants, buffaloes, giraffes, zebras and monkeys. This way even your children can enjoy a safari!

Go and see our Safaris!